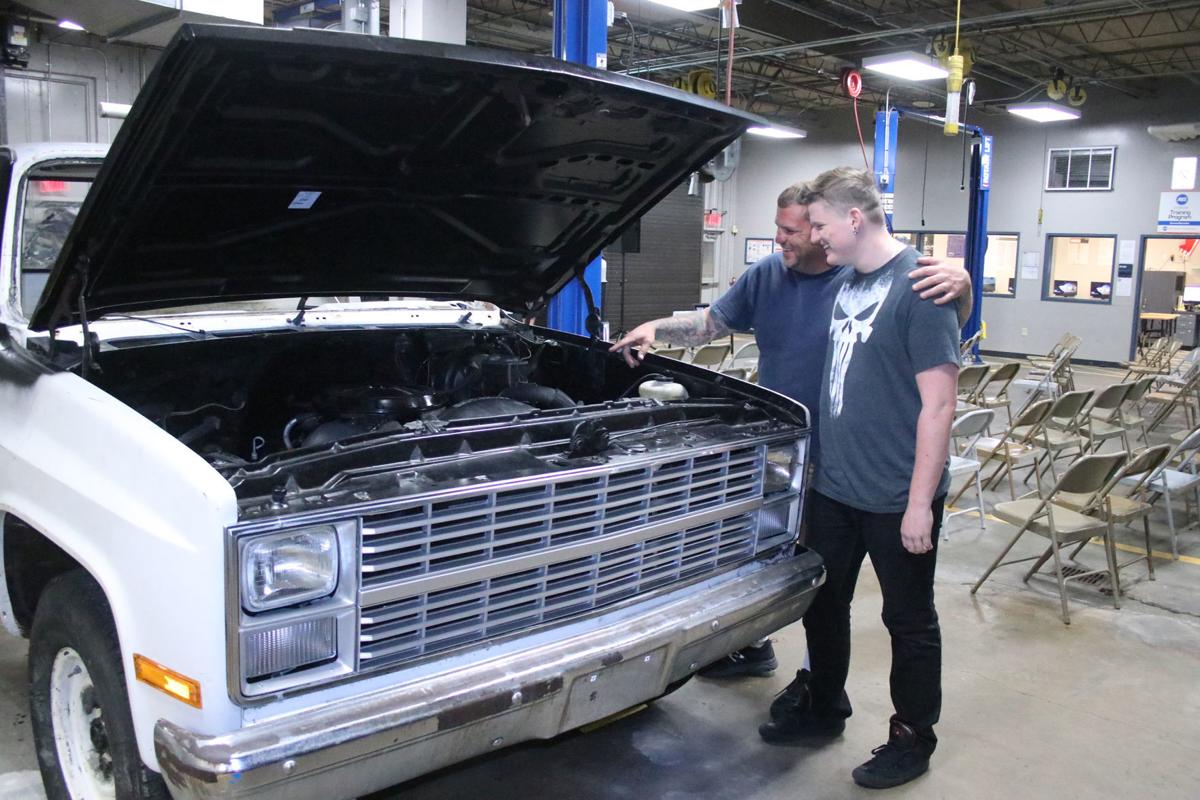 Brian Brasuell and son, Marcus, a junior at Foster High School, inspect a 1978 pickup truck the students are in the process of rebuilding. They were among the parents and students attending the Lamar Consolidated ISD Auto Technician Program recruiting drive on Thursday at Lamar Consolidated High School. Students from all LCISD high schools are invited to enroll in the program. Bus transportation from their campuses is provided. 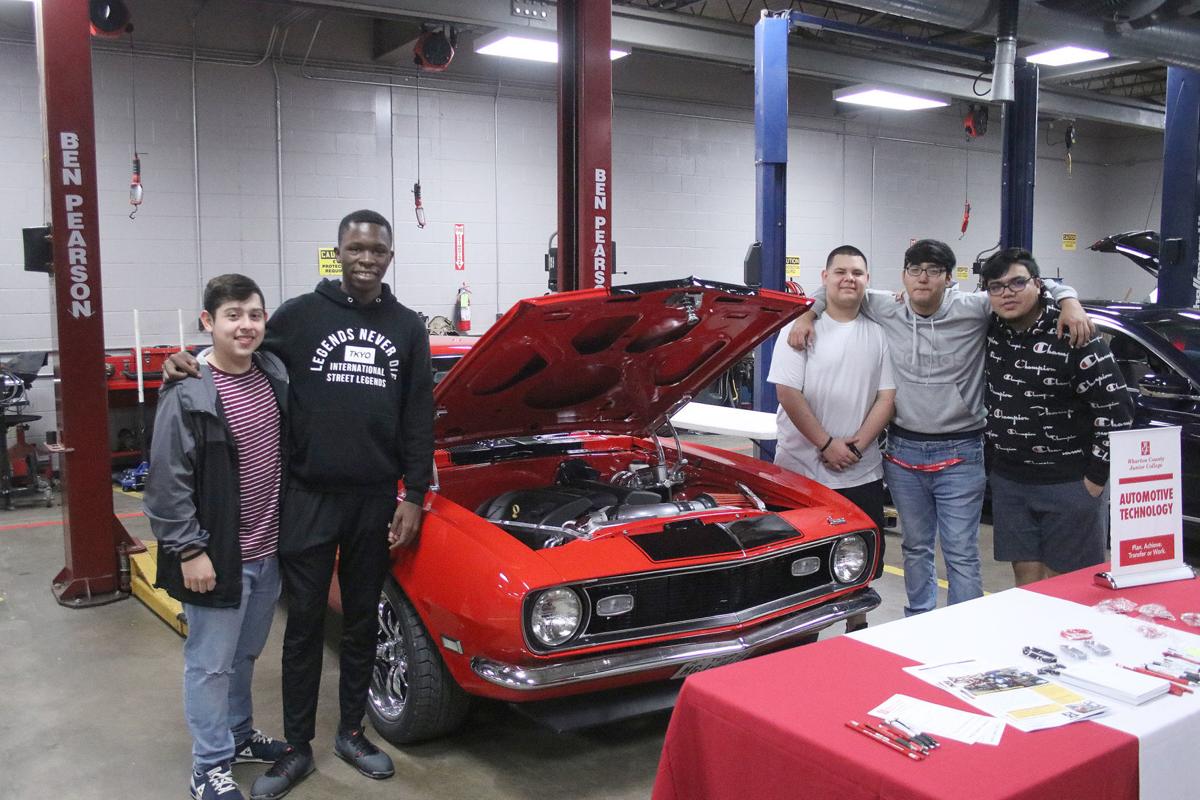 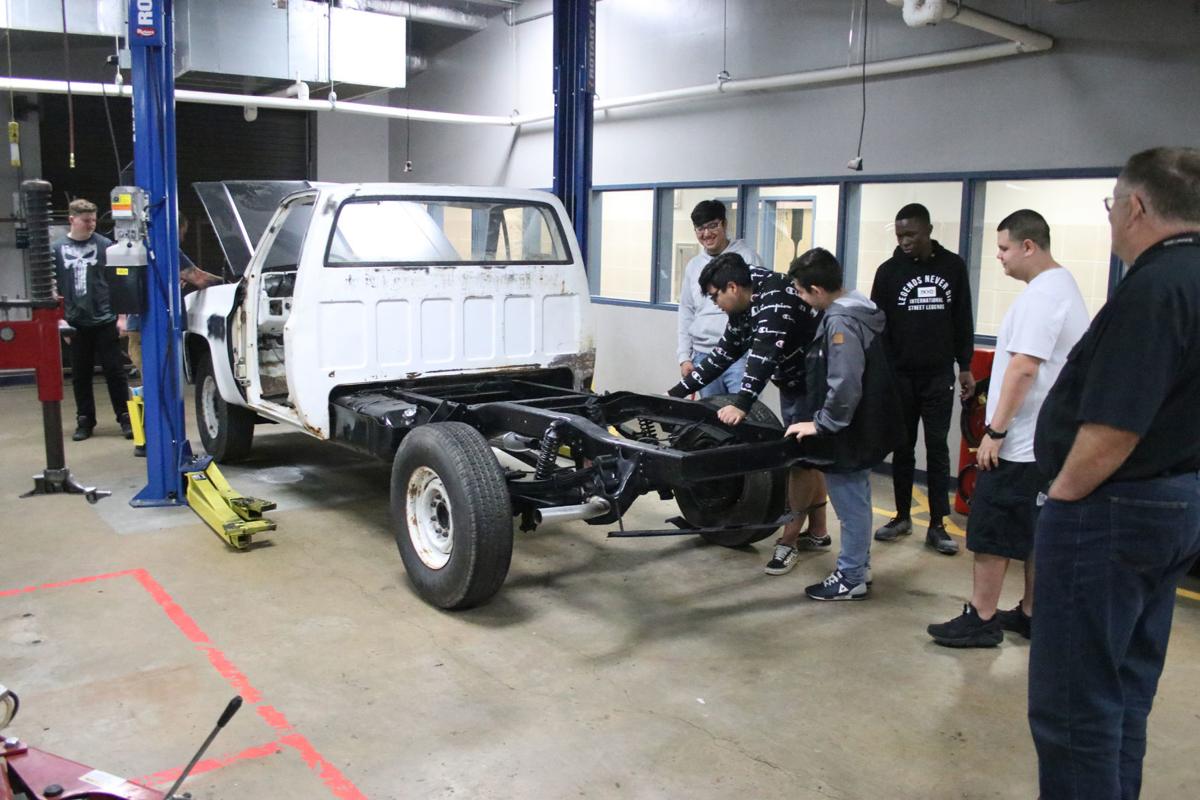 George Dishman, right, one of the instructors for the Lamar Consolidated ISD Auto Technician Program, shows off a 1978 Chevrolet pickup truck his students have torn down and are in the process of rebuilding. The program held a recruitment drive on Thursday and offered parents and students a tour of the state-of-the-art mechanic bays and classrooms. 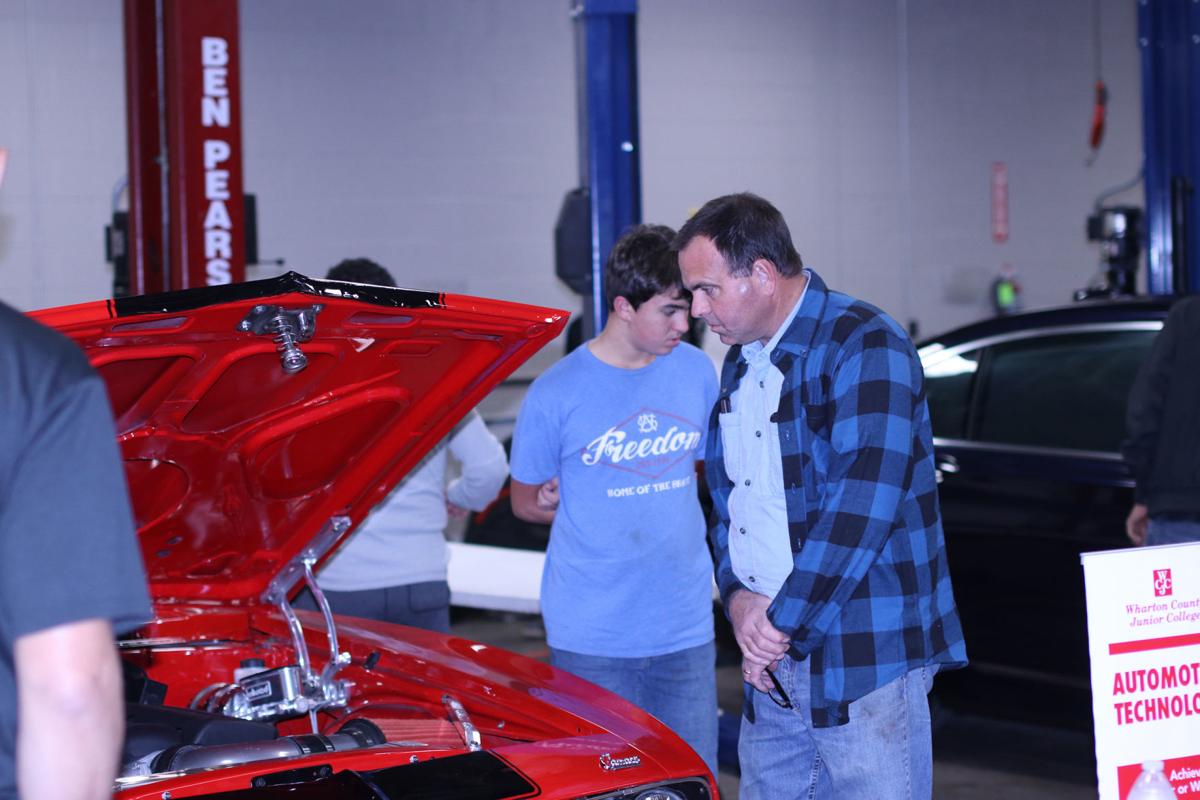 Kevin Casey of Fulshear, brought his 14-year-old son, Evan, to the recruitment drive and they liked what they saw. Evan is an eighth-grader at Leaman Junior High in Fulshear, and is considering enrolling in the auto tech program once he is a freshman. 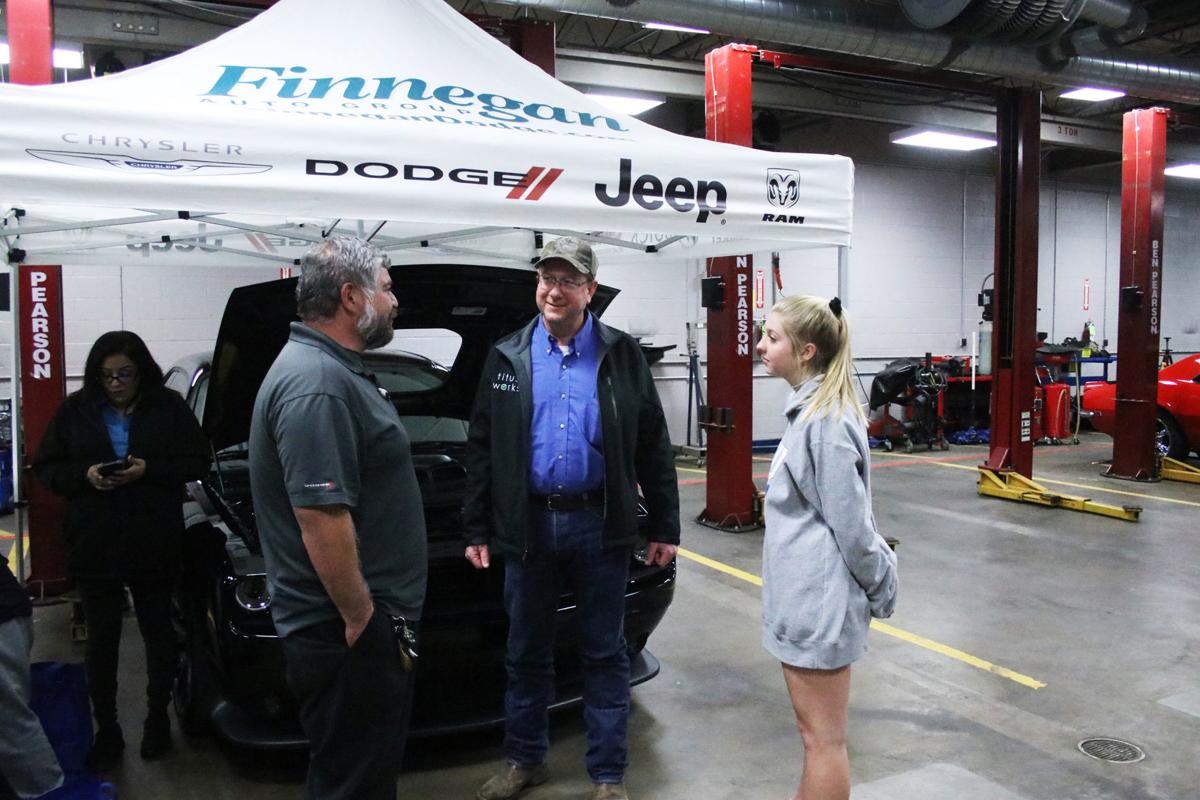 At left, Victor Hernandez, shop foreman for Finnegan Chrysler, Jeep, Dodge and Chevrolet in Rosenberg, talks "shop" with Albert Davis and daughter Everette, 16, a junior at Lamar Consolidated High School. Hernandez was one of the business professionals invited to speak to parents and students during a recruitment drive put on by the Lamar Consolidated ISD Auto Technician Program on Thursday. He told the crowd that auto technicians can earn great pay right out of high school if they successfully complete the program. Davis, who owns and operates Davis Brothers Auto Parts (Car Quest) in Rosenberg, said he was impressed by the state-of-the-art equipment and tools in the auto tech program. Daughter Everette, a cheerleader, is enrolled in the program, which is offered at Lamar Consolidated High School to students districtwide.

Albert Davis and his brothers own and operate Davis Brothers Auto Parts in Rosenberg, but his daughter can show him a thing or two about fixing cars.

“She knows how to use the automated tire changer and I don’t,” Davis confessed.

He and daughter Everette, 16, a junior at Lamar Consolidated High School, were among several dozens parents and students attending the school district’s auto tech program recruitment drive on Thursday.

Everette, a high school cheerleader, is one of the students in the program.

Instructors Deon Wilson and George Dishman said students spend about half the time in a classroom on computers and the other half in the two state-of-the-art auto shops learning hands-on skills.

Students who put in the effort can become ASE certified by the end of high school. At the very least, they can to repair their own automobiles later in life and save money, the instructors said.

“This program is really a great opportunity for students to see if this is the career for them,” Wilson told students and parents.

Students who enroll in the program learn the basics as freshmen, such as tools and basic automobile design and operations.

The following years the instruction becomes more specific until “students can tear down a vehicle and rebuild it from the ground up,” Dishman explained.

The auto tech program has a classroom with computers and two large mechanic bays with hydraulic lifts and other features found in professional mechanic shops.

Several business professional who work in the automotive industry spoke to students and parents Thursday night.

He said his shops employs about 40 mechanics and auto body technicians.

Daniel McFadden, service director of BMW in Houston, said some of his mechanics earn over $100,000 per year.

Kevin Casey of Fulshear, brought his 14-year-old son, Evan, to the recruitment drive and they liked what they saw.

Evan is an eighth-grader at Leaman Junior High in Fulshear, and is considering enrolling in the auto tech program once he is a freshman.

Brian Brasuell and son, Marcus, a junior at Foster High School, inspected a 1978 pickup truck the students are in the process of rebuilding.

Everette Davis said she enjoys learning about repairing cars, and was particularly excited to learn how to change tires.

“I can even patch them,” she boasted.

Davis Brothers is among the local businesses that supports the program by offering discount parts.