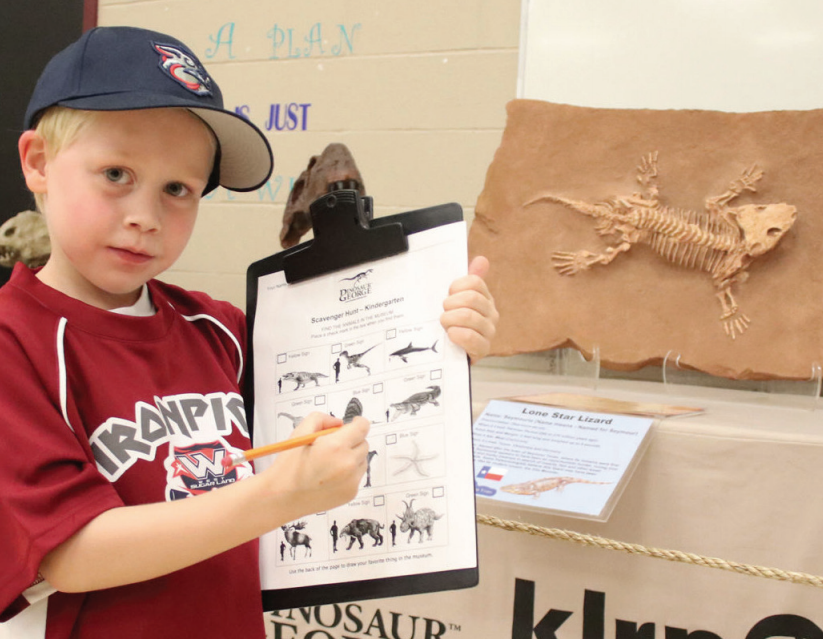 Hutchison Elementary School second-grader Tyler Lockwood, 7, of Sugar Land, marks off a fossil he found on his scavenger hunt at campus. To help students recognize fossils and teach them about dinosaurs, they had to inspect more than 50 fossils in the traveling Dinosaur George exhibit that came to campus. Tyler’s mom, Traci, joined him at the after-school program, sponsored by the campus’ PTA. It’s the second time Dinosaur George has visited the school. 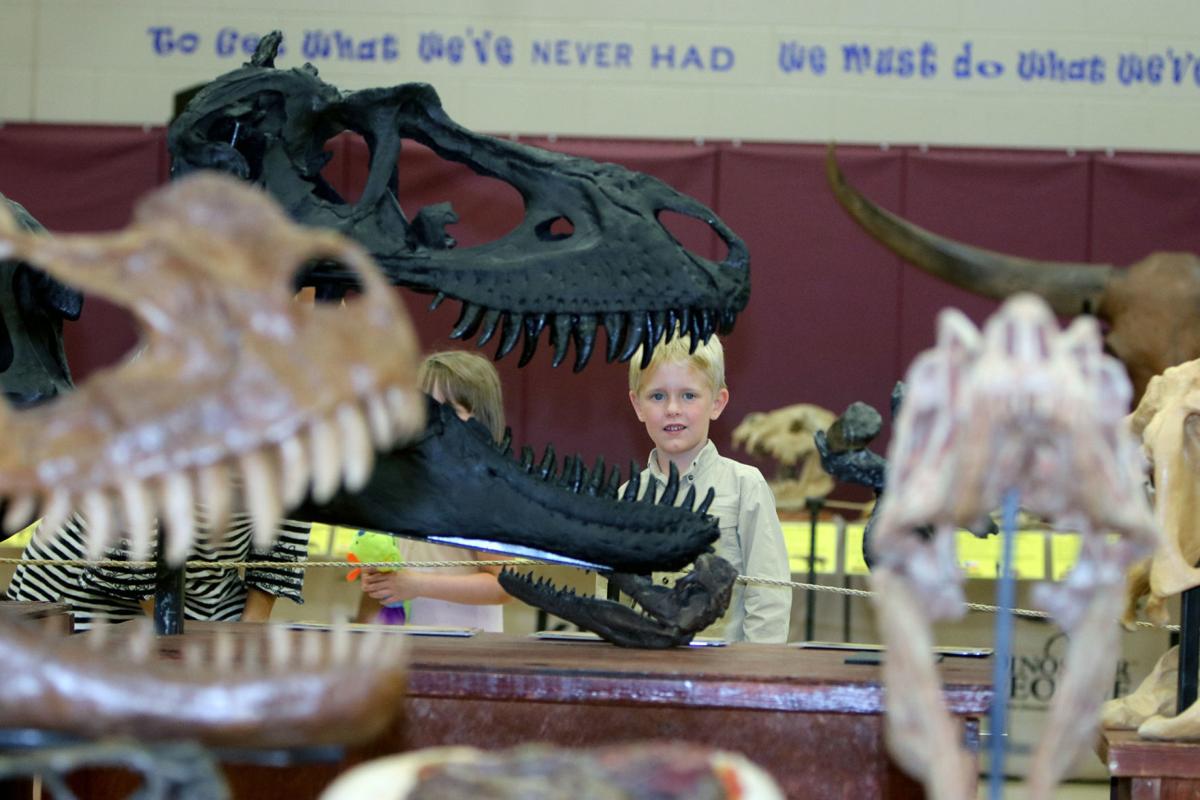 Hutchison Elementary School kindergartener J.J. Meltzer, 5, checks out the re-created skull of a T-Rex during the traveling Dinosaur George exhibit on campus. Mom Jill brought J.J. and his bashful sister to the after-school program. Exhibit owner George Blasing and his two-member staff visit elementary schools statewide to show off the fossils, some fabricated, some Blasing unearthed, some he bought and some he traded for.

Hutchison Elementary School third-grader Wiley Rose, 8, reached out to touch an 8-inch long fossil of a Tyrannosaurus Rex tooth — and quickly pulled his hand back.

“That’s scary!” he said, pointing at the T-Rex skull bigger than him and blackened from age. Wiley and hundreds of other children and their parents got to see dozens of fossils — some real and some made from casts — when a traveling exhibit visited the campus on Friday.

It’s the second time Dinosaur George has showed off its collection of prehistoric artifacts at Hutchison.

Dinosaur George, named after owner George Blasing, is based in San Antonio and really could spend the entire year exhibiting the collection of bones, fossils and casts at the hundreds of elementary campuses there. But Blasing believes it’s important to take his exhibit to rural campuses where students are unlikely to ever see a dinosaur fossil.

He and his two-member crew have more than 100 fossils or fossil casts to exhibit — some bought, some traded for, some he unearthed and some made from casts. Blasing only visits elementary schools.

“At this age, children are still very interested in science — particularly dinosaurs,” he explained. “They haven’t seen dinosaur fossils before. They’re still awed by what they see. We can inspire elementary school students. By the time kids reach middle school they’ve lost interest in dinosaurs.”