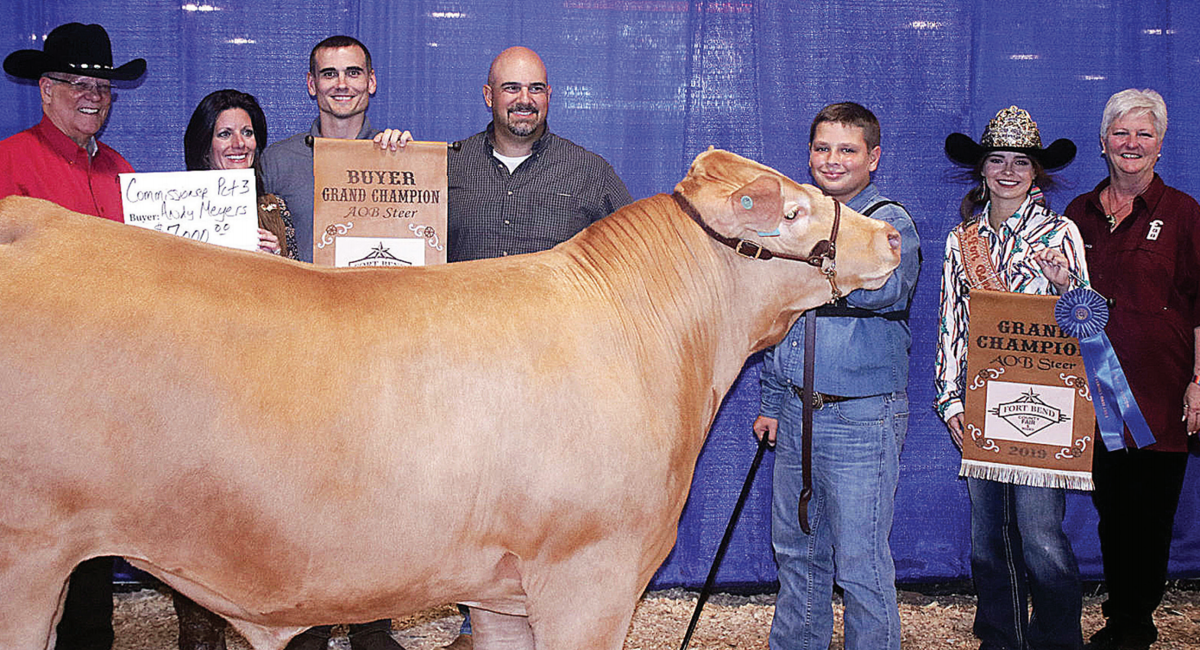 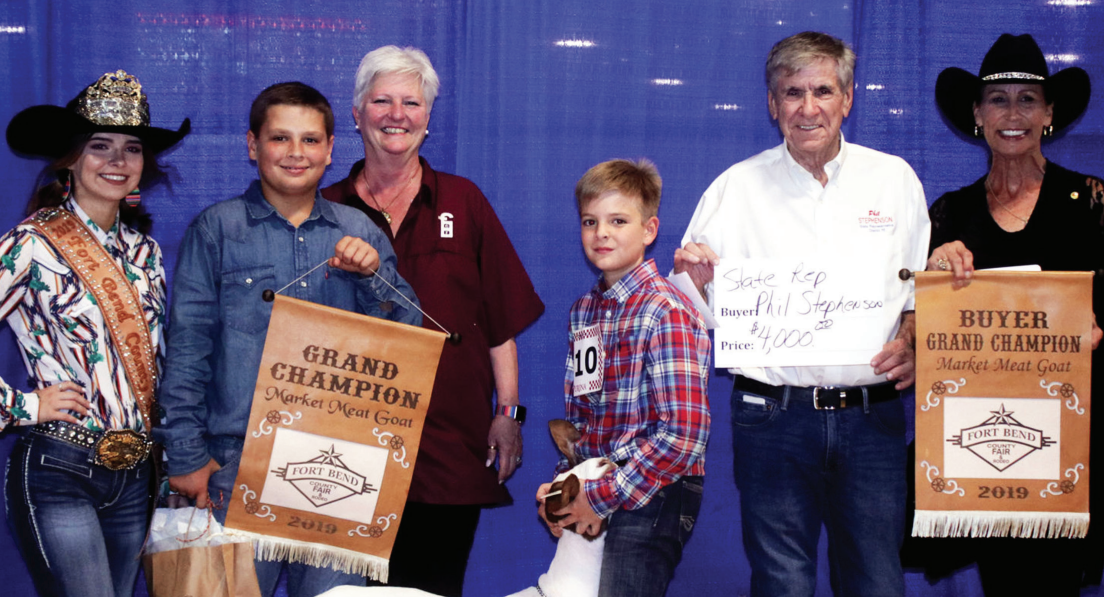 Needville High School senior Macie Bean has a knack for raising livestock. Her grand champion lamb fetched $4,000 at the Junior Livestock Auction on Thursday, and she raised the grand champion lamb last year. Oh, yeah, she’s also raised prize-winning rabbits and hogs in the past.

But Macie isn’t interested in turning her gift for animal husbandry into an occupation. She wants to be a nurse.

“I want to help people,” she said.

Last year, the top steer sold for $13,000. Still, bidding on Thursday was spirited.

Candidates for public office took the opportunity to bid on livestock in hopes of getting some exposure. Local businesses opened their pocketbooks to help kids out as well. Generous bidders purchased 188 animals — steers, goats, lambs, chickens, turkeys, rabbits and pigs. Many contributed “add-ons” to winning bids — $100- $500 extra to increase the amount kids take home.

Fulshear High School sophomore Reaghan Bucek, 15, was all smiles after the Booth Family bought her grand champion turkey for $4,000. Not bad for someone who’s never raised a turkey before this year. She plans to use her earnings to go to college and study veterinary medicine.

The S.O.L.E. Sisters buyers group, which was founded only a month before the auction, purchased numerous prize-winning livestock on Thursday, and plans to spend the remainder of their funds at the Freezer Sale on Saturday.

“We intend to spend every cent we raised at the Junior Auction buying animals or as add-ons, and at the Freezer Sale,” said Jill Davis, one of 36 S.O.L.E. Sisters. “When the Fair is over we will have a zero balance in our account.”

She said the group plans to spend the coming year raising more money to help more kids during the 2020 Fair. The S.O.L.E. Sisters purchased two of the top 20 animals.

Here’s who showed the grand and reserve champion livestock, and who purchased the animals and at what price, before add-ons: