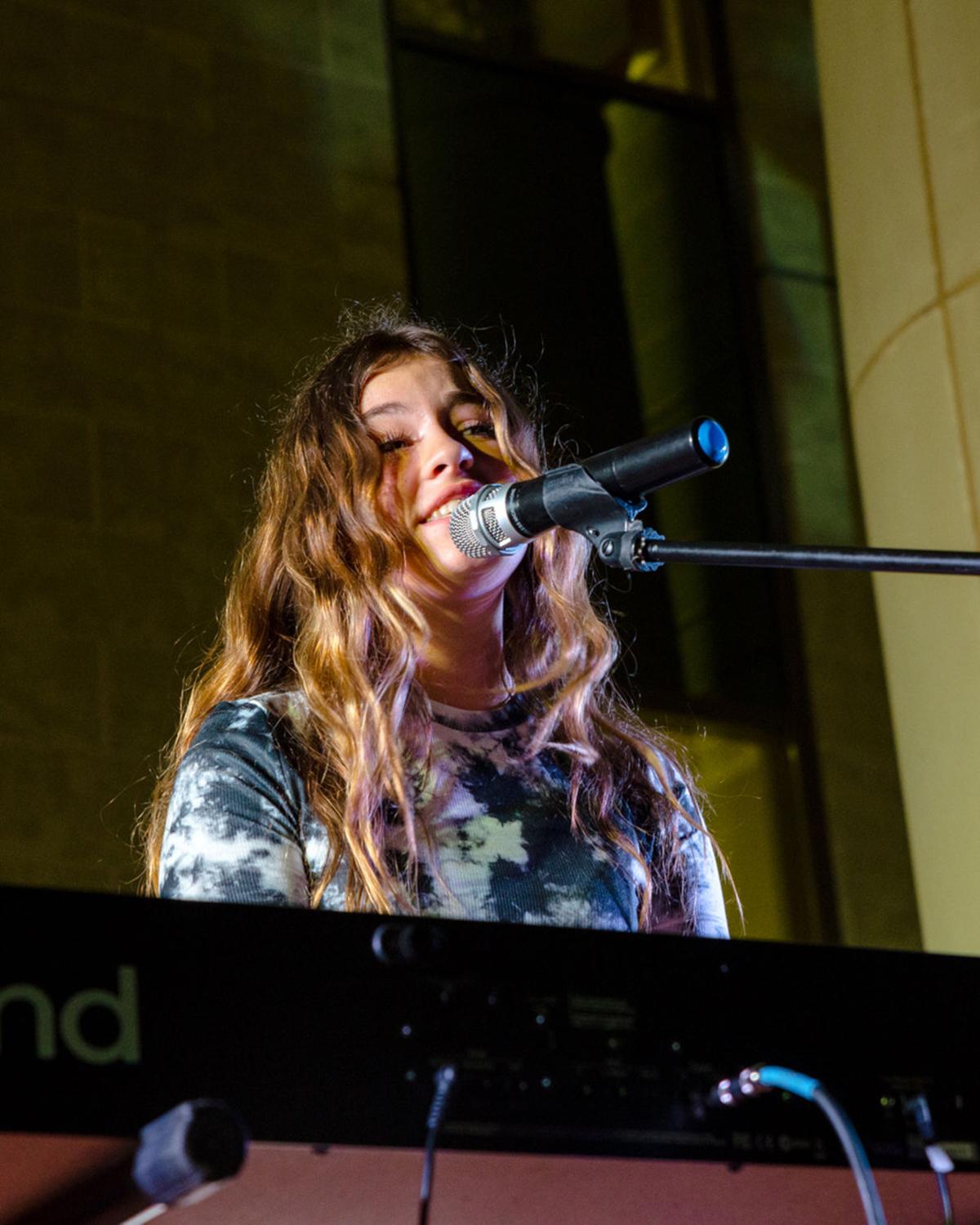 Photo by Frederick Hinojosa |Faith Parle of Greatwood. In September the young singer will head to Tennessee to compete in the 7th Annual Josie Music Awards. 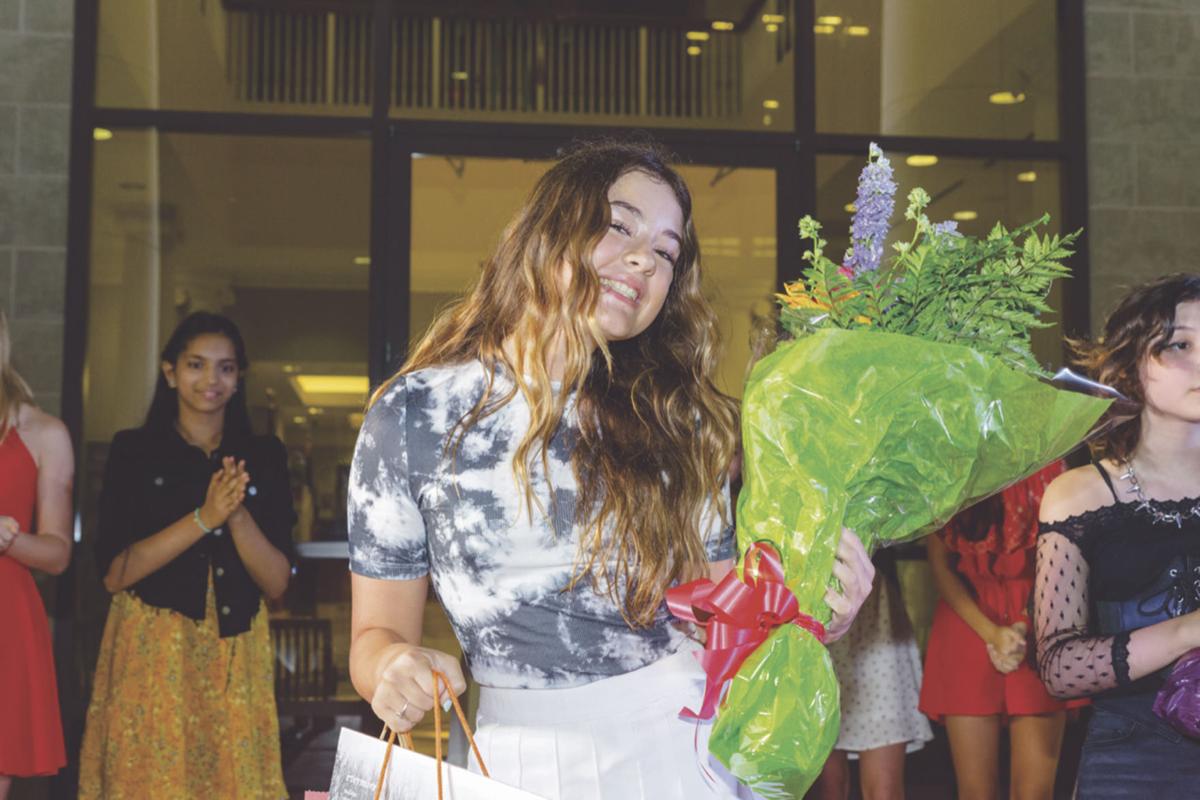 Photo by Frederick Hinojosa |Faith Parle of Greatwood. In September the young singer will head to Tennessee to compete in the 7th Annual Josie Music Awards.

In mid-June, Faith Parle made one of her dreams come true.

The 13-year-old musician performed “Tears of Gold” by Faouzia and nabbed the first-place win in the 2021 Sugar Land Jr. Superstar competition.

Akin to American Idol, this competition is open to Fort Bend County residents, 9 to 13 years old. Auditions opened in May, and the finale was June 19.

“Ever since I was nine years old, I have wanted to win this competition,” Parle said. “This was my favorite because it was the last year I was eligible. I won first-runner up twice and second-runner up twice before.”

As with every time Parle recounts her performances, she reflects on any wisdom and experience gained.

“I learned that persistence pays off,” she said, explaining that during the competition, her keyboard, which she was using for the first time during this particular contest, was not receiving audio.

“And I pushed through it,” she said.

In prior Sugar Land Jr. Superstar competitions, the young singer used tracks for her guitar. To her credit, Parle has training in acting, singing, and ballet, and she can play the guitar, piano, and ukulele.

Aside from earning the title of first place, winning the Superstar competition came with a few other perks, Parle noted.

She received gift cards from local restaurants Toasted Yolk, Sweet Paris and the Sweet Boutique; flowers; a year of free ice cream — “My second favorite prize,” she noted; two month’s worth of lessons at Vivaldi Music Academy; and one month of lessons at Sarah Kelly Music School.

“My favorite prize was a free recording of one of my original songs by Sweekman Artists,” Parle said.

“I will also get to perform at local events in the future.”

As it turns out, a singing opportunity for Parle isn’t far off at all. Later this month, she will compete in the 7th Annual Josie Music Awards, the largest professional independent music industry awards show.

The two-day event, scheduled for Sept. 17 and 18, will be held at the Country Tonite Theatre in Pigeon Forge, Tennessee, and will be filmed for television.

Although the event isn’t new, one of the competitions it rolled out this year is. The Josie Music Association launched the first Josie Music Awards All Ages Vocal Competition, and Parle made the cut.

“All the songs have to be sung a capella, meaning you cannot use instruments or tracks, just your voice,” Parle said before noting that the winner will have a chance to record a song at the “legendary OmniSound Studio” in Nashville.”

“It is very humbling, especially considering how many adults entered the competition, and I was one of the youngest selected,” Parle said.

Detailed in a release announcing the new competition, Judges Scott Sexton, Roxane Atwood, and Devon O’Day said they “will search for the most talented acapella vocalist.” The competition will name a grand prize winner and a runner-up.

The grand prize winner will receive a song recording at the OmniSound Studio and then be released and distributed under the Cavalla Records, LLC record label and Indie Star Publishing (BMI).

While the a capella competition is a first for Parle, attending the Josie Music Awards is not. She was nominated in two categories last year and won Junior Vocalist of the Year for 2020.

This year, Parle will not only compete in the JMA All Ages Vocal Competition, but also the Female Artist/Vocalist of the Year (ages 13-17). Her original songwriting and the videos she submitted earned her the nomination.

“I am very honored,” she said. “I really want to perform well. I am looking forward to going back to Pigeon Forge, Tennessee to perform in such a distinguished group of guests.”

Aside from performing, Parle said she’s been writing more music, enjoying time with family and friends, and showcasing her talents at different venues, such as Scotty’s Saloon OTP near Booth.

“I hope to be recording at least one or two original songs soon,” she added enthusiastically.