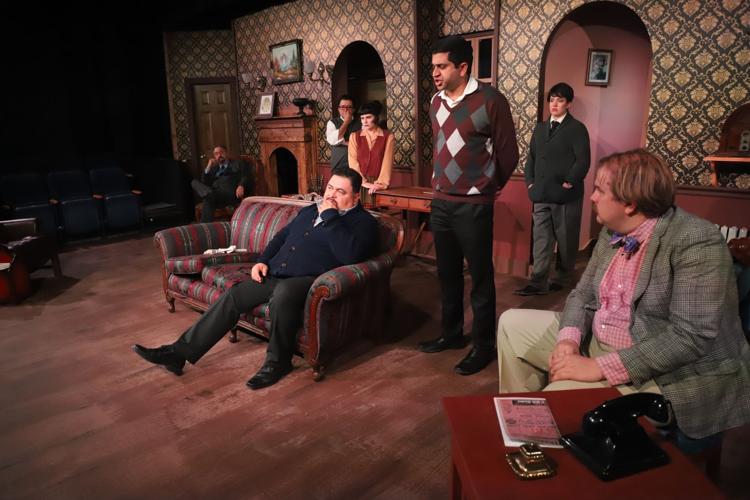 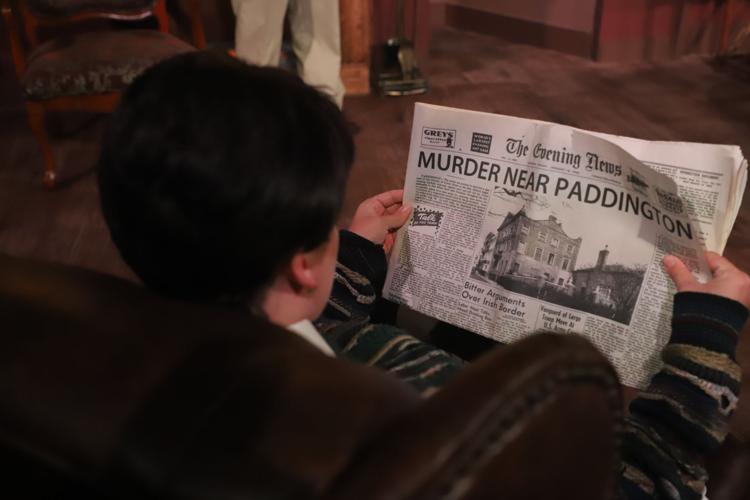 Miss Casewell, performed by Tricia Yurcak, reads about the murder that took place in the snow-bound guest house. 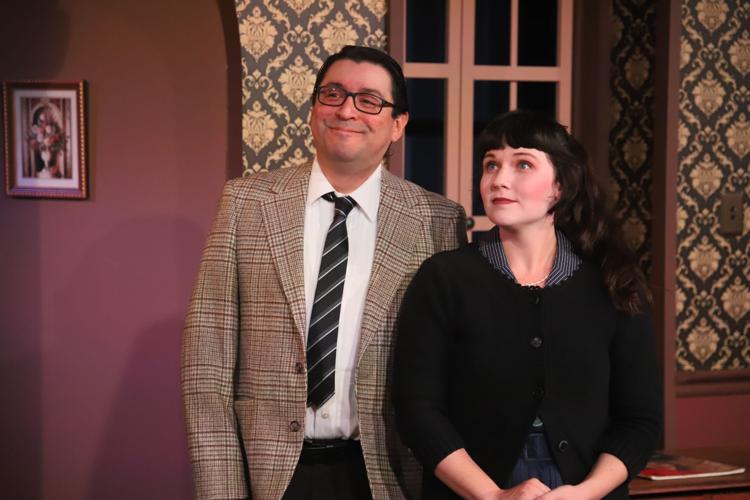 Sam Martinez and Elizabeth Schneider are among the cast of The Mousetrap. 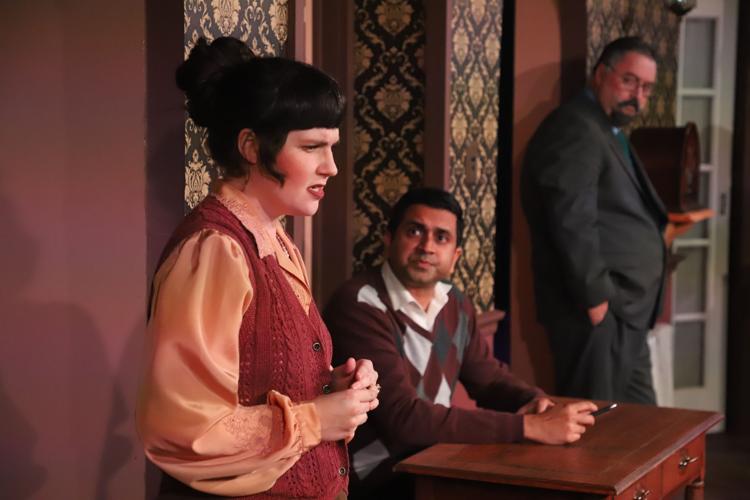 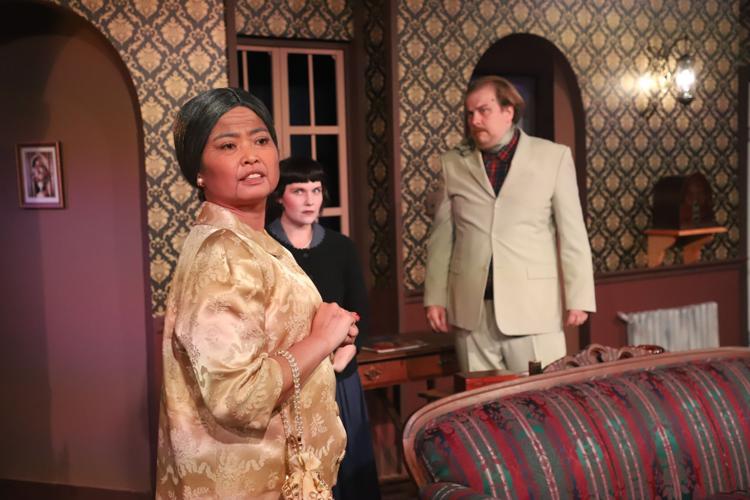 From left, Ivannah Bandalan, Elizabeth Schneider and Dan Giles star in The Mousetrap.

Miss Casewell, performed by Tricia Yurcak, reads about the murder that took place in the snow-bound guest house.

Sam Martinez and Elizabeth Schneider are among the cast of The Mousetrap.

From left, Ivannah Bandalan, Elizabeth Schneider and Dan Giles star in The Mousetrap.

The Mousetrap was first performed 70 years ago at London’s West End Theater. Its longevity is proof that audiences love the construct of murderer and murderees, trapped in a snow-bound guest house, as tension builds before the ultimate reveal of who-done-it. Dame Agatha does it best.

The classic drama is not without humorous nuances, as perfectly cast Dan Giles brings a kind of whimsical, plum-pudding Britishness to his character, young Chris Wren. Mr. Prateek Karkal will no doubt become weary of the kudos he deserves, as his Sargent Trotter serves as the backbone of the play’s action.

Sam Martinez and Elizabeth Schneider, who portray guest house owners Mr. and Mrs. Ralston, are superb. Ms. Schneider‘s performance is moving and flawless, and she has possibly the most expressive eyes in theater!

Roger Bauer, a long-time favorite of Cast Theater-goers, shines as director of The Mousetrap. Roger’s instincts are uncanny, as his actors recreate this classic with a freshness that truly entertains. He is especially proud of the beautiful set design — a challenge for this small theater, with five doorways, all of which are used by the cast.

Assistant Director, Alicia Meier and Stage Manager, Michael Thorpe also earn praise in bringing this ‘large’ play to the small stage. Able Cast photographers are David Bowman, Elizabeth Schneider and Tricia Yurcak, and of course, great appreciation goes out to those invisible creatures in the tech booth who ‘make it all happen’! All the support hands are appreciated.

The wealth of talent found at Cast is something of a jolt to first-time audience members, but it’s one of the reasons they return time after time to this charming, intimate venue.

John F. Kennedy once said, “The life of the arts, far from being an interruption, a distraction, in the life of a nation, is close to the center of a nation’s purpose , and is a test of the quality of a nation’s civilization.” The importance of Cast Theatrical Company cannot be overstated. It has been a valuable asset to the community and beyond, since its inception in 1989.

Concessions including coffee, soda, water and wine, along with cookies (or muffins) are available before the play and during the 15-minute intermission at no cost, though donations are appreciated and encouraged! The concession stand is located just outside the theater doors on the second floor.

To learn more about Cast Theatrical, please visit www.CastTheatrical.com or call the Box Office at 832-889-3808. The Mousetrap runs through October 23,2022, with Friday, evening, Saturday evening and Sunday matinee performances.