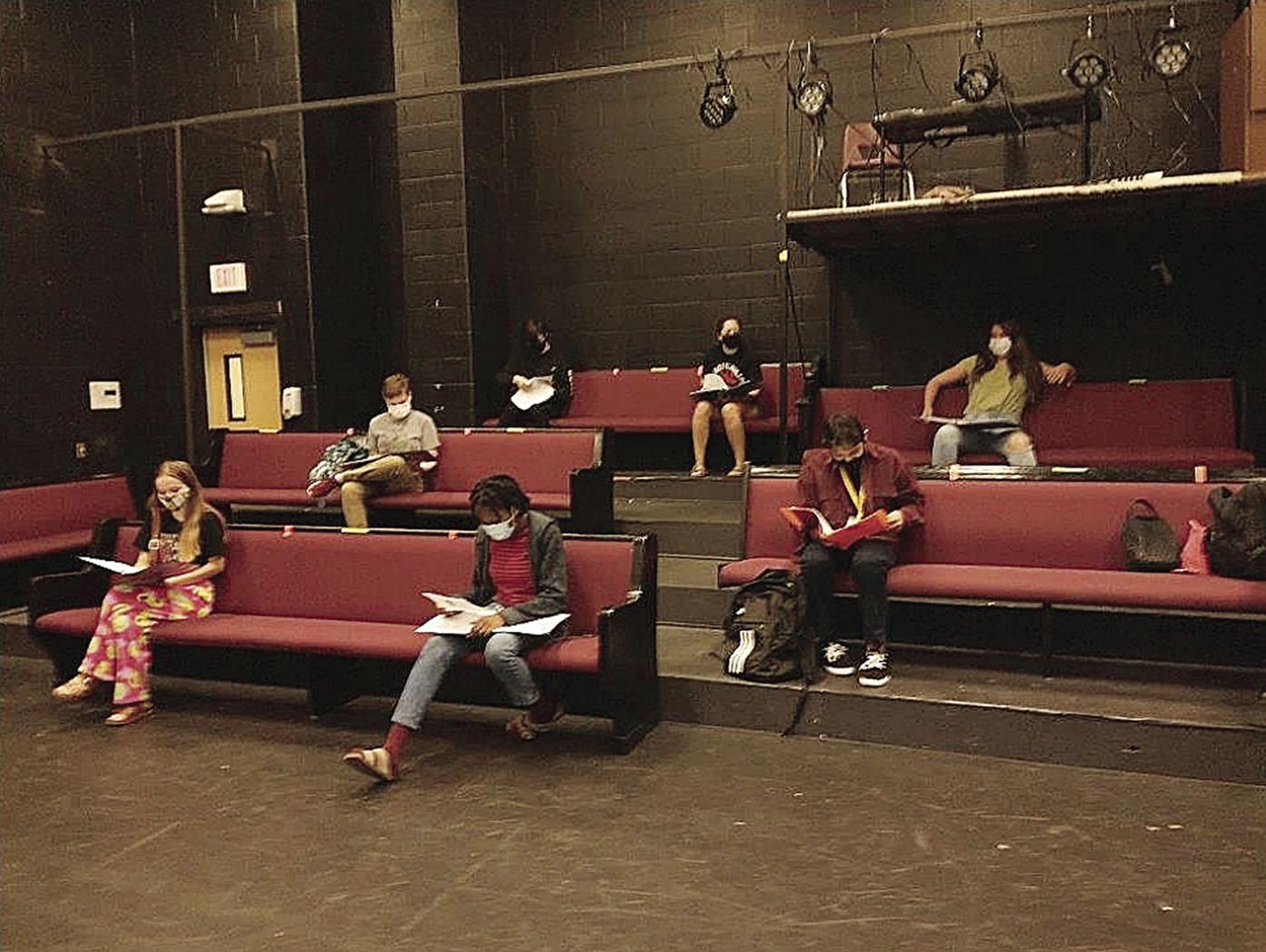 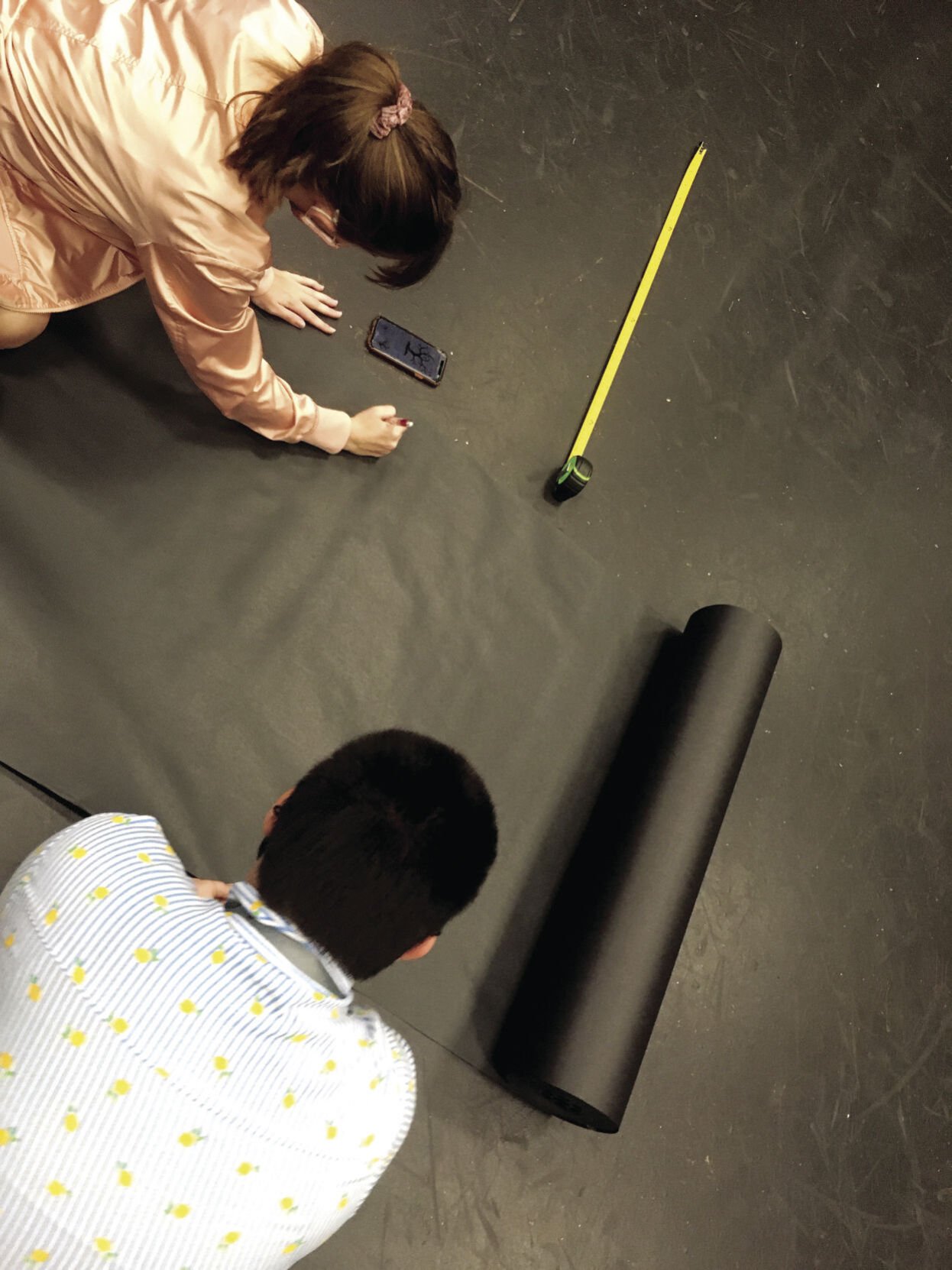 Paige Cartwright and Drey Jordache work on props for “A Christmas Carol: The Radio Play.”

Paige Cartwright and Drey Jordache work on props for “A Christmas Carol: The Radio Play.”

The George Ranch Longhorn Players plan to usher in the holiday season with its presentation of “A Christmas Carol: A Radio Theatre Production.” Unlike in prior years, however, the George Ranch High School theatre department has to consider the impact of the pandemic along with its traditional preparations.

“It is not an enormous stretch to say that 2020 has been a year that we will be dealing with for some time,” said George Ranch High theatre director L. Jay Edenmeyer. “We were caught off guard. Blindsided. Forced to reexamine the way we did things [ ...] We had to evaluate what was possible; think outside the box; make decisions in nanoseconds. In short, we had to live in the moment.

“These are all things that create the very fabric of theatre and the performing arts. So, right along with the rest of the world, we have re-evaluated, reshaped the box, and let necessity dictate. Our stories may look different – but we will not stop telling them.”

“A Christmas Carol: A Radio Theatre Production” will open on Dec. 17.

Decisions of how the production will be presented are being made keeping in mind the safety of all parties involved, said Edenmeyer, noting that social distancing applies to the actors as well as the audience.

“We are looking at live audiences versus radio, live show versus recorded, etcetera. We, of course, will be following LCISD and Fort Bend County guidelines in every performance moving forward,” he said.

“There are many ways we are bringing this story, and others, to life. We are excited about what all of this will look like this year.”

‘A LITTLE JOY AMONG THE CHAOS’

Since this year is the 100th anniversary of the first radio news broadcast, the Longhorn Players created “ a season that investigates and celebrates the brilliance of this invention and the dynamic opportunities it provides both actor and audience in a new approach to storytelling.”

So while the production of “A Christmas Carol” will be the traditional story retold generation after generation, it will be set in the environment of the 1940s radio shows.

“This will be unique for all viewers,” Endenmeyer said. “Besides the new radio aspect, it also has music as well, suiting everyone in the family. This is a family-oriented production that will appeal to audiences of all ages. No matter if this will be your first or your hundredth time hearing ‘A Christmas Carol,’ you will be able to experience this story in a unique light due to the radio aspect being provided.”

The Longhorn Players were clear about the desire to push forward with productions during the pandemic — “I am excited to see how the current situation will create new ways of storytelling in theatre,” said actor Ashley Johnson.

“I can’t wait to feel in the Christmas spirit again,” Jordache said. “Everyone needs a little joy among the chaos.”

“I’m excited to start work on a new type of performance and hope to set a good precedent for future shows,” she said.

The show will feature a cast of 20 actors. Edenmeyer serves as the production’s director and Marc Duncan will serve as the tech director.

If the production is performed live at George Ranch High, the cost to attend will be $8 for adults and $4 for children. Should the production be limited to a virtual experience, the cost will be listed on the website as the show nears.

No matter how the production is presented to the audience, the cast is confident will enjoy the show.

“It’s going to be so much fun,” said actor Madi Jones. “In these times, all we can do is spread joy and that’s what ‘Christmas Carol’ is all about.”